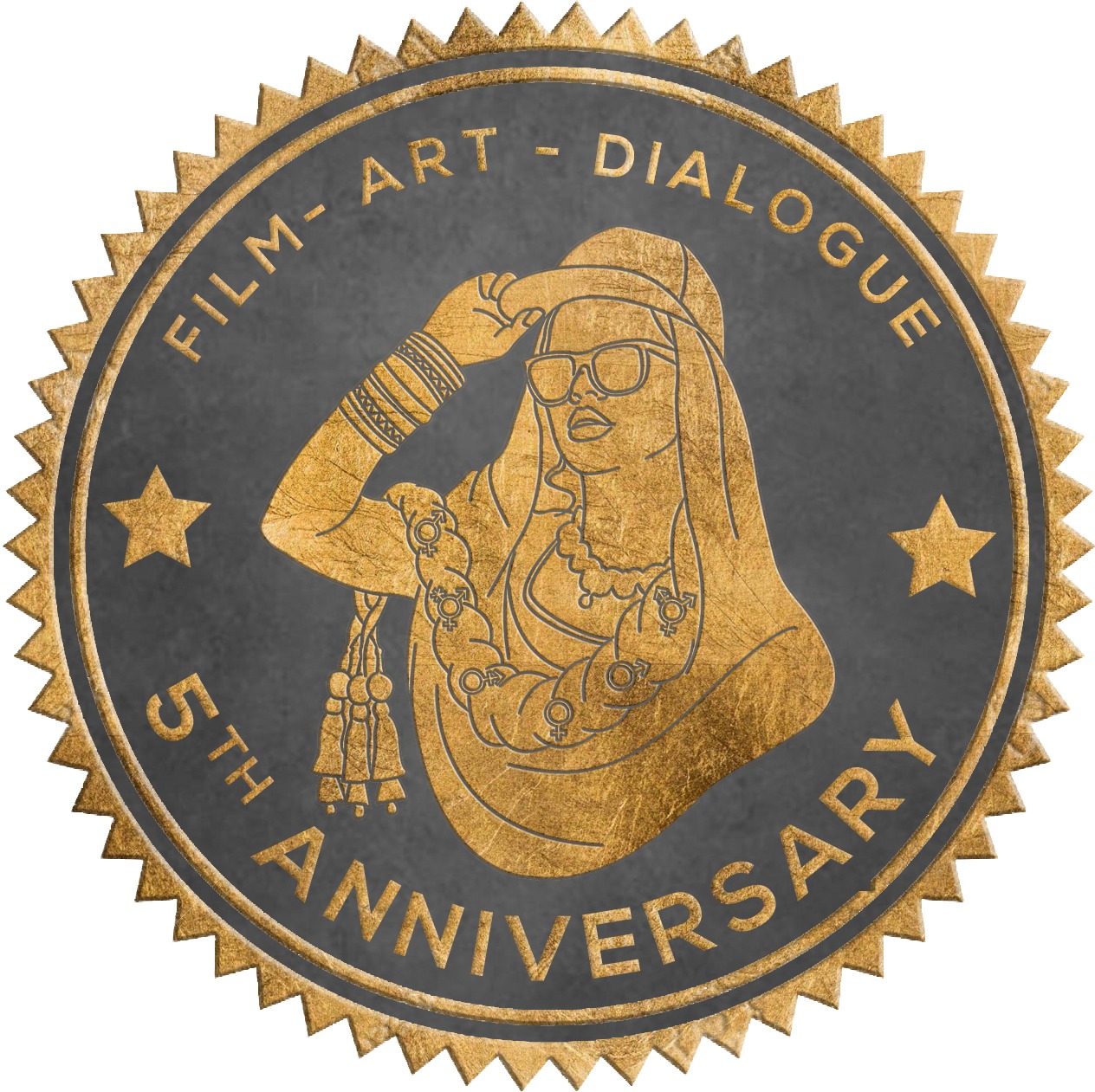 One of our main objectives is to promote local artists, activists and promote content made and produced locally. For doing so, Aks festival introduces this new section of literary contributions of writers, columnists, bloggers, debaters, poets, and storytellers and publishes their work into our annual catalog and website. We have had some amazing submissions of articles, poetry, thoughts, and blogs. Here are some of the chosen pieces.

Analysis of history will depict one thing in particular and i.e. humans are a master manipulator. They have always figured out ways in which they can turn the course of time in their favor. Unfortunately, due to lack of knowledge and understanding, this fact is either hidden from masses or they don’t have a lens that can depict its magnitude. Thus masters imply this technique so magnificently that masses can’t decode it. Masters use basic human instincts to manipulate masses. One of the most commonly used instincts is FEAR. Let’s say fear of survival, when humans are left with only one option either to live or die, we have seen exceptional behavior, the most common example is of war.

In today’s world masters govern through phenomena called the Nation States. Every nation has its own set of goals and for their achievement masters imply various manipulation techniques. The most common tool for these techniques can be of fear of “known” and it can be fear of “unknown”. Known, let’s say in Pakistan known is Madho lal hussain (shah hussain) whose love for his disciple was very knowledgeable, such that he was named “Madho lal hussain”. Moving on we have Amir Khusrow, who expressed his love for his teacher by writing following; 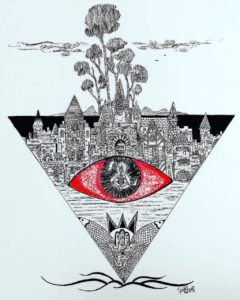 One can debate the context of the above given examples, but one can’t deny the element of pure love and its expression by one human being to another. Unfortunately, love causes some sort of hindrance, in the goals of Pakistani masters. Hence they create fear by changing the narrative, such that literature is the work of the devil and love corrupts society. Unknown or alien, anything is unknown is much easier to handle, the most common excuse used here is a foreign agenda. Hence we see movements like Feminism and LGBTQ+ are turned into taboo. When it comes to the origin of ideas, it’s a two-way process, sometimes its nature that ignites thought, other times its nurture that ignites thought. Unfortunately, we not only live in a managed state, rather a highly controlled state, were due to fear one has either gone through vasectomy or menopause hence the birth of ideas has come to an end. However rarely we have a miracle, and an idea is born, but it was either silence by state or buried alive by extra-state elements. As mentioned above, when it comes to survival, humans are left with only one option either to live or die and at that time we have seen exceptional behavior. So hope for the best, because it’s the only element that keeps one alive.

By Moin Ul Haq | Moin ul haq is a writer, who runs a blog and often contributes to various publications. He is also an activist and staunch supporter of liberal values in the sphere of life. 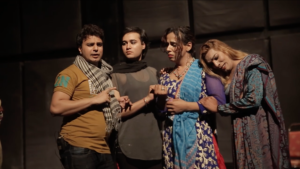 Theatre has been one of the most popular mediums of entertainment in Pakistan for decades. The play in theatres with their dramatic performances and racy dance numbers capturing the hearts of many people. Theatre has also largely been oriented towards the fancy a largely male audience and any narrative emerging from these mediums is centered in patriarchal depictions of women. This however started to evolve in the ’70s, when women’s rights activism was at its peak in Pakistan, the nation saw one Madiha Gauhar and her theatre company Ajoka. Ajoka was the first of its kind, it featured plays where the strife of women and social inequalities were the primary narrative. The theatre company toured all around Pakistan and performed in public spaces for people of socio-economic backgrounds to attend. Ajoka was a marker of a social movement and was a beacon of resistance towards the fundamentalist regime of Zia-ul-Haq. Today we are faced again with challenges of inequalities and of social injustices. Activism has rekindled in the nation and more people than ever before have become politically engaged in reforming the system to benefit all peoples not only those in power. One of the socially marginalized is the transgender community, who in recent years have come further in acquiring equal rights under the law than most other nations.

One of the prominent figures battling for the rights and humanity of the transgender people is Khursand Bayar Ali and her theatre group by the name Nautankey. The theatre group has proven to subvert expectations with their raw dismantling of gender norms and patriarchal views on sexuality, Nautankey dares to be bold enough to insinuate that people we do not understand aren’t any less human than us. Her theatre group has provided a platform for minorities to exhibit their narratives and share their perspectives with a broader audience. Not only do we see raw and unique stories from Nautankey but we also experience the talent from the transgender community. The Nautankey team is an inclusive space with individuals from the gender and sexual minorities part of the team. This representation behind the scenes translates into the work that we see the theatre group engage in. Nautankey has depicted progressive stories and has focused on unique perspectives that highlight minorities and their struggles, this makes the theatre group unique and sets them apart from any of their contemporaries. The highlight of their tenure has been how they have addressed gender in a more fluid and malleable way, giving them more creative liberty to tell stories that may seem unorthodox. This has allowed fresh talent, that may not have the opportunity to share their stories, a chance to influence the entertainment sector. The theatre group really has the opportunity to inspire the next generation of talent to be more inclusive and to aim to tell subversive stories in a new and fresh perspective. It is a dear hope to see Nautankey expand and grow into a well-established theatre house that produces the entertainers of tomorrow. If this is a prelude to the future of entertainment in Pakistan, then it might very well be a bright future for new and diverse talent to share the spotlight.

By: Bilal Ahmed is a self-proclaimed writer who was an author on the mehtaab comics which he presented at the 2019 San Diego comic-con. He aims to one day be a screenplay writer for substantive stories to help entertain and motivate people alike. Bilal is also a staunch feminist and a grassroots organizer for feminist causes.

A new decade is upon us, and every day, more and more people are reaching the age where they start branching out and look for potential partners around them. And what better place to start than online dating apps? Whether it’s Tinder, Bumble, or Grindr, there’s a whole other world tucked away in our smartphones. The average Pakistani grows up with a contrived perception of dating apps – — dating is wrong, its haram, and so many apps that promote and encourage the behavior are by extension sinful too. And here comes the distinct fear that laces every online ‘romantic’ interaction in the country; you make your profile anonymous, or put in as little information as possible. Perhaps you’ll crop out your face so no one you know could recognize you. After all, what if a screenshot circulated by a predator reaches your family or social circle? And these fears are hardly out of the blue – in a country where honor killings are no departure from the norm, it is only fair for users to worry about their safety. 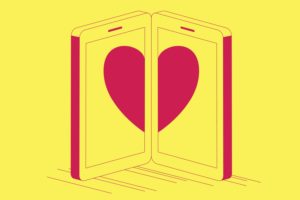 The taboo around dating apps is only compounded for queer people in the country. Not only is queerness as an identity inherently a political rebellion against the heteronormative societal structure, but it is also a core ingredient in the formula for loneliness. Every person you meet would find themselves growing up knowing well that the romantic idealism of finding a perfect soul mate is a journey laced with so many hurdles, it’s a dream best left behind.
In recent years though, technology, society, and our spaces have evolved, and dating apps are no exception to this rule. With time, smaller communities have evolved, and every single dating app finds itself in a strange world of its own. Tinder, being the most popular is an app that gets the most attention – the global reach of the app has extended to Pakistan, and it happens to have the most attention too, garnering an audience of people from all over, regardless of gender, sexual orientation, and class. Interestingly, the app itself is hardly intersectional – being hesitant to accept gender non-binary individuals, even blocking users that don’t use the gender assigned at birth. Other apps have also made it to the mainstream, such as Grindr, a dating app exclusively for queer men. Although Grindr and other sexuality-based apps are used in Pakistan, the environment they bring to the table can be highly toxic – cases of blackmail, violations of confidentiality, and even abuse by law enforcement are commonplace and continue to threaten the very lives of their users.
Interestingly, a demographic left uncaptured by the boom in dating apps is that of queer women. The continued denial of their existence in society is captured ever so perfectly with this gap – after all, Pakistani society has long had a memory lapse when it comes to prominent queer women. The few apps that can be used in the country are sparsely populated and hardly used. Anywhere around the world, dating is no easy feat. The added complications of living in Pakistan, being a gender and sexual minority, and at risk of exposure make the complications all too real. After all, just swiping left or right can make the difference between safety and peril.

By: Amal Awais Chughtai is a hardcore feminist, astrology enthusiast, and cat person, and is currently working at a local NGO for gender minorities.